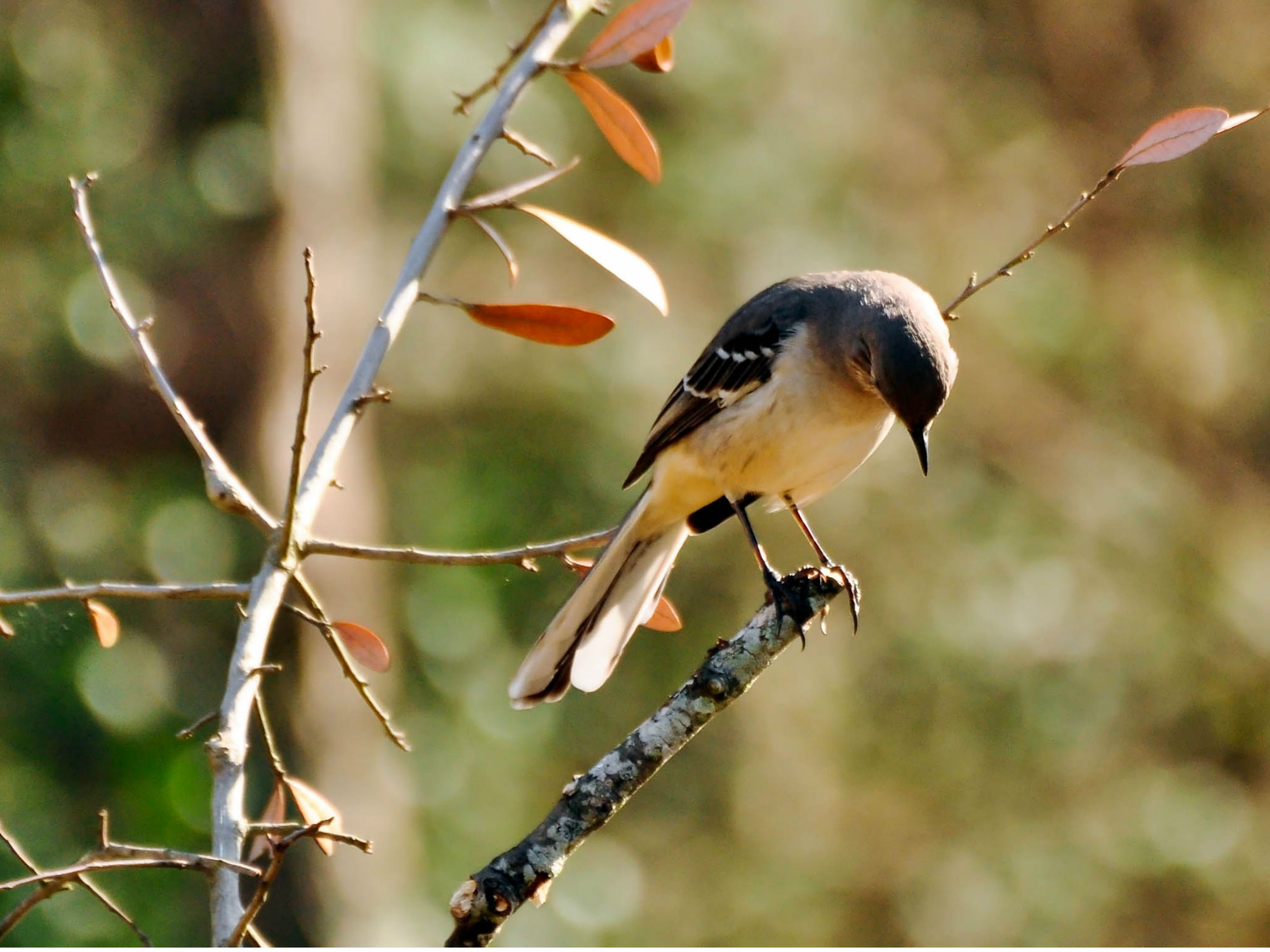 An excerpt from Sleeping Birds Do Not Sing, a novel about mental illness and friendship that I wrote over a decade ago that only one person has ever read—until now. But first, a short back story on the origins of the story.

Back in July 2016, I wrote a post entitled “The Novel That Wasn’t a Novel; or, A Memoir About Paranoid Schizophrenia, Friendship, and Goodbyes.” In this entry, I noted how a book I had written a decade ago had its origins in an assignment while at the University of Virginia under the instruction of Professor Jennifer Wicke.

While it’s true that ninety-five percent of the story was written at this time, in actuality its roots on the page can be found in a scene dating back to 2003 written in the green notebook I used to keep in the backseat of my car. I wrote it the same weekend I began what was then known as “The Court,” but has since grown to become When the Lights Go Out at 10:16, a memoir I started when I was 21 years old and shelved shortly after the young death of the central character, my friend Jeremiah.

Sometimes I view When the Lights Go Out at 10:16 as my personal protest against terminal illness, that disease nor death can ever truly extract friendship and love from one’s memory. Sleeping Birds Do Not Sing, then, could be my protest against paranoid schizophrenia.

Also written during this timeframe was “The Lady Next Door,” a short story about a young boy’s (me) affection for his elderly neighbor and a special gift they shared.

Each idea sprang from the other and was part of a flurry of creative output over the course of a July weekend in 2003, with “The Lady Next Door” being topped off a couple of weeks later in August.

Thinking back to this time and how the act of writing used to take over me was an almost magical feeling if ever there was one, as if I was cast under a spell and guided to the page where words awaited their release. It’s what Mihaly Csikszentmihalyi refers to as a “flow state,” or the secret to happiness. It’s what Brad Listi, host of the OTHERPPL literary podcast and author of one of my favorite novels refers to as “creative herpes.”

Recently this same magic re-entered my life. In feeling the return of this magic, I’ve come back to some of my old work that had been collecting dust since the war began.

I’ve considered fictionalizing it completely, which is what I did once upon a time, then hated it because I felt it was no longer true to itself, that it lost the gravitas it once carried. I’ve considered keeping its largely semi autobiographical framework. I’ve considered making it entirely unsellable and unmarketable as a hybrid work of memoir and novel. I feel as if David Shields would at least appreciate it. Writes Shields in Reality Hunger: “One of the smartest ways to write fiction today is to say that you’re not, and then to do whatever you very well please.”

I think I’m going to do just that—what I very well please.

In reading Chapter 1 from the story, I am taken back to a much earlier place and time in my life. It feels good to go back sometimes, no matter how painful. Ezekiel was alive when I wrote this story, but he no longer is. His name was never Ezekiel anyway. He went by a different name, one not disguised as a fictitious character that didn’t exist, but as a real person, who breathed and once had dreams and felt love and sadness like you, like me (Jackson).

Except for Professor Wicke, no one has ever read any of this story. That is, until now. I realize there are things I could alter about the writing you will now read below, but I’ve decided, for the sake of this excerpt, I wanted it to stay intact, as it was, all those years ago when they first entered my green notebook that went everywhere with me in the backseat of my car.

Excerpt from Sleeping Birds Do Not Sing: A Novel

“The only people for me are the mad ones, the ones who are mad to live, mad to talk, mad to be saved, desirous of everything at the same time, the ones who never yawn or say a commonplace thing, but burn, burn, burn, like fabulous yellow roman candles exploding like spiders across the stars and in the middle you see the blue centerlight pop and everybody goes, ‘Awww!’”

—Jack Kerouac, On the Road

I was lying in bed sound asleep when an old ghost pecked at the window of my room, awakening me. The floor creaked as I made my way across to investigate the sound. The ghost pecked again. Crunchy wasps and ladybug shells, their souls retreated, were scattered in chipped white paint on the window sill. I drew up the Venetian blinds. Dust fell freely and tickled my nose. The apparition below stood in four sections suspended on the cross of the pane, glaring up at me. His arms were spread. He let them drop, releasing a pebble from his palm.

The figure motioned with his hand and began to walk around the side of the house toward the front door. I paused from where I stood, turning from the window, and glimpsed at the neon light of the alarm clock atop my nightstand: 4:30 a.m. Possessed with the motion of the apparition’s hand, my body responded and drifted wearily down the staircase toward the front door. I began to open it simultaneously reaching up to flick the porch light on from the interior, but the bulb only flickered and fizzled out, the sight outside the door becoming visible only momentarily as if a match’s flame snubbed out. I opened the door. Three invisible Mary’s stood by the ghost in disbelief. None had removed the stone from the tomb but the body had emerged and now stood before me—intact, breathing. He is no Christ figure, I thought, only the criminal who asked for redemption in the final hours.

“It’s been a while Jackson,” the phantom said, but ghosts do not speak. I stared into the darkness. The darkness stared back. The figure lifted a cigarette to his mouth and inhaled. The red cherry lit up his face. The face grinned.

QUITE SOME TIME had passed since I had last seen Ezekiel. I never expected to see that sinister face again—the split front lip, the cigarette dangling from it, tobacco smoke pouring out of his nostrils; but now, standing before me, the face beamed. The abandoned orphan had come home in search of his natural family. Dried spittle gathered around his mouth like a rabid dog broken free of its chain. A beat up Ford pickup truck sat in the distance with New Jersey plates. As the two of us began to walk toward the truck in unison, matching one another step for step, the smell of gas fumes too early in the morning nauseated me to the core of my stomach. Ezekiel turned the key. The engine roared in the calm of the otherwise silent morning as sleeping birds nested high atop the limbs.

Painted strokes on a gray-black canvas kept in harmony as Ezekiel and I rode off into the hours before dawn. The crisp morning air drifting from the open windows of the truck wrestled with loose paper in the floorboard as we began to pick up speed.

I looked at Ezekiel.

His hair had grown out, an afro of sorts, jutting into the background like hungry snakes lying wait on the dewy grass of a cornfield in spring time. His mind was ready to bite, spit venom, and then retreat back to the path it slithered its way from prior to our meeting again. Black rim glasses framed his eyes. These were the same glasses given to him less than a month before his disappearance, now a little scratched on the lens but holding up nevertheless. Ezekiel looked as if a mad scientist or some sort of social deviant unfit to roam the streets freely at will.

Ezekiel turned off the highway and up the dirt driveway to his former residence. The road was weathered and eroded, conduits made so by rain onto the silt and bits of orange clay, nay enough compacted dirt nor rock to keep the road whole and ingot; and as we traveled down it, the truck shook from side to side as the house came into view. He downshifted gears, slowing the engine to a halt. The porch light was on.

The hummingbird moth
Danced into the morning sun
But there was no sun.

Ezekiel took a drag from his cigarette and I heard the crackling of the paper as the cherry ate away toward the filter. He removed his glasses and wiped the corners of his eyes. The whites of his eyes had the appearance of jaundice and the vessels around the iris were burst. The stubby beard on his face looked of four or five days since last seeing a razor. The smell of sweat and an unwashed body seeped through the white shirt he wore, the neck of the shirt yellow and brown. He opened the door and placed his foot to the ground. Ice crystals had formed in clods of orange and brown soil. When Ezekiel’s feet met the earthen floor, a crunching sound was heard as the crystals collapsed into nothing. Standing outside of the vehicle, he crouched down and peered back in to where I still sat. He flicked the cigarette butt to the ground.

As we made our way on foot up the remainder of the driveway, the white light from the porch grew brighter. The house sat high atop the hill like a poor man’s plantation manor. The windows were non-existent and the panes stared back at us forming hollowed out eyes. Shards of glass had fallen from the metal crosses as if melting ice-cycles in February stabbing into the ground. The roof was of rusted tin spotted with patched blocks of shiny silver. Black tar used as sealant oozed from the corner of the patches, its tin quilt in dire need of more patterns to sustain the rain whence it came, leaking from the ceiling.

Together the two of us sat down on the front stoop. Ezekiel pulled the pack of cigarettes from out his front pocket and tapped two cigarettes above the rest. He lit one, then lit the other by its cherry, handing it to me. The smell of smoke was thick as we both looked out into the yard. Pipes were scattered about, as were bolts, a porcelain toilet, and kitchen sink. Primordial oak trees that witnessed every life that went inside, that died inside, and that left and never returned stood to the left and right of the tattered home now become of itself with no inhabitants yet another decrepit country house. The limbs reached out like his father’s hands beating the termite infested wood siding and moths flew into the porch light and fell like Icarus back to the wooden planks into a black sea of other dead and decomposed insects.

Ezekiel stood up from the stoop and peered into one of the broken windows at the front of the house. Inside were buckets to relieve the floor of rot. Trails of splotched black mold peppered the rotting floor. He pulled a flashlight out from inside his jacket pocket and shined it at the ceiling. The ceiling was warped and stained tawny and coffee colored, and there too splotches of black mold. A lone light flickered about inside, shorting from the water that had leaked from the roof over time and found its way into its circuits.