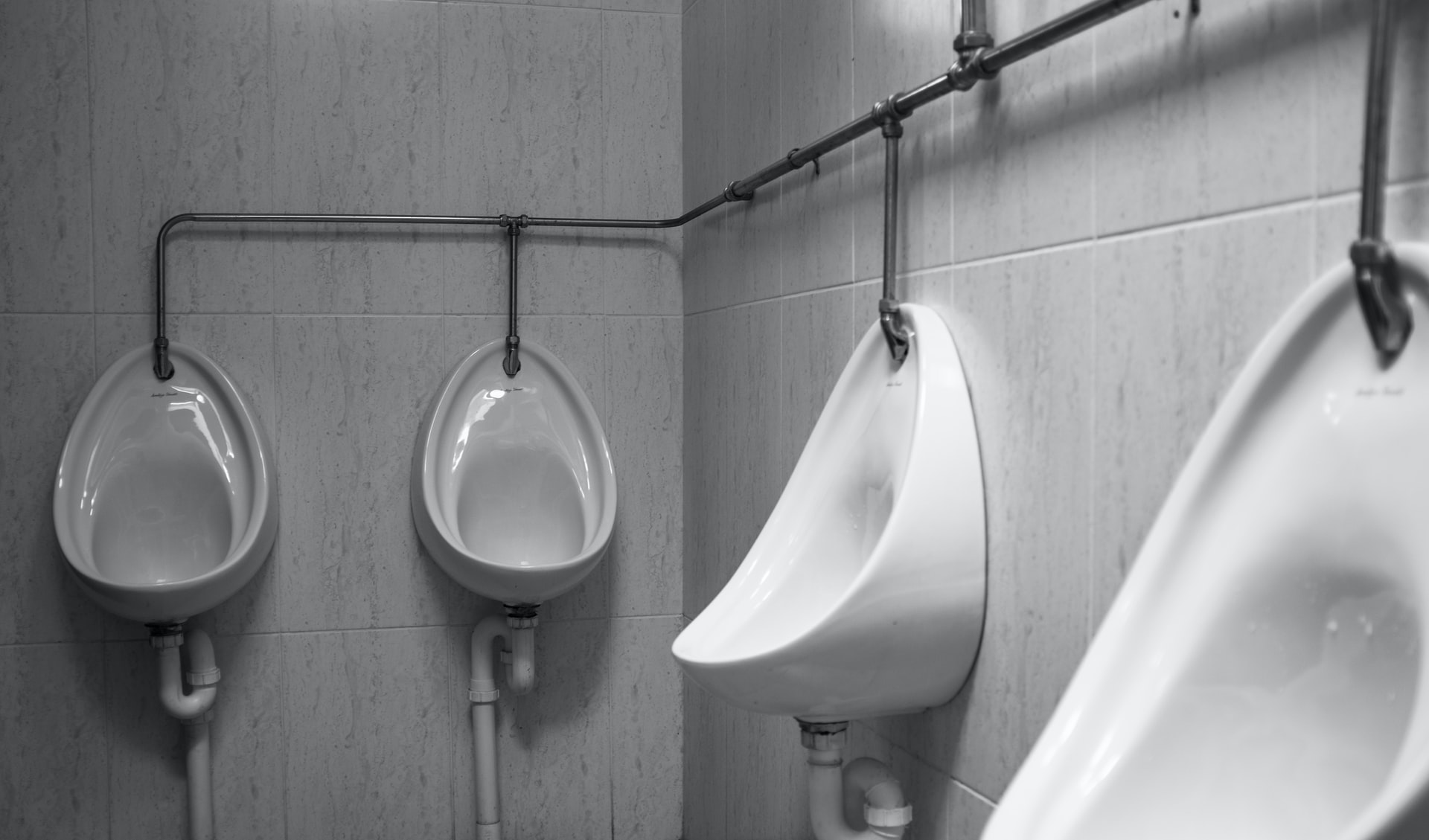 MY RELATIONSHIP with Gary was pretty much rooted in humor. There are so many slivers of hilarity in my life I associate with him. That’s one of the things I’ll miss most about him. That I already miss the most.

For example, I was taking a leak on Sunday. A relatively private exercise to say the least. And while I’m standing there, a memory entered.

It was 2001 or 2002. I can’t remember which year exactly. Something like March or April. I wasn’t 21 yet. I know this because I used Robbie’s fake ID to get into a bar. Jeremiah, who was also there, assured me they’d just glance at it and for me not to be nervous when I handed it to the bouncer at the front door.

“I don’t even look like Robbie,” I said to Jeremiah.

And then Robbie handed me his UVA hat and I popped it on.

“Just keep your head down a little,” Gary said. “And don’t make eye contact and you won’t go to jail.”

In terms of a single night, this particular night in Charlottesville had more memories associated with it than just about any night of my life, including when we moved from one bar to another to what was once called The Greenskeeper on the Corner, where, after a night of drunkenness, Gary put almost $300 on his credit card for one last round of drinks — for us and about fifteen strangers playing pool.

The next morning I said, “I know you wouldn’t take my money last night for the shots, but I’d like to at least chip in $20 this morning now that you’re sober.”

Gary responded, “What are you talking about?”

And I said, “For the round of shots at The Greenskeeper. You dropped like $300 on your credit card before we went to littlejohn’s.”

And he said, “We didn’t even go to The Greenskeeper.”

Then Gary reaches into his pockets and pulls out a wad of receipts from the night before and there’s one really long one that sort of dropped to the floor like Rapunzel’s hair, and he said, “Are you kidding me?”

The memory was this:

We were both pretty tipsy to say the least while at the first bar, which started off the entire night. I know I was because at one point I ended up on the small dance floor just outside the top deck, dancing the night away. I don’t dance… except when I am really drunk. I don’t dance because 1) I can’t and, 2) I look like an octopus dancing because I have a 6’8” wingspan.

Robbie was there. Jeremiah. Becki. Gary. Allison. Mary. Me. Some other folks whose names I can’t remember anymore.

Anyway, to make a long story short: after a bit of dancing, I had to take a leak. I asked Gary if he knew where the bathroom was. He said, “I have to piss, too. It’s down here.”

Generally speaking, when you’re taking a leak at a urinal, you don’t converse with anyone. But again, I was drunk. Gary was drunk.

I’m standing there at the urinal staring straight ahead and then I say, “This water sure is cold.”

And Gary responds, “Deep, too.”

Maybe you get that joke. Maybe you don’t. If you don’t, just think about it for a second.

So, here I am, this past Sunday, two days after Gary passed and I’m standing there with my you know what in my hand and the thought, “This water sure is cold” comes to mind and I hear the response, “Deep, too” and I start crying.

Not crying/laughing. Crying/crying. Then crying/smiling because I had totally forgotten about that night; and then, there it was all of a sudden.

I’m standing in the bathroom by myself, urinating and crying. I didn’t even know the two were humanly possible to do at the same time. But it is. And it makes for a bit of a mess to clean up after.

One of the things that angers me most right now, outside of the primary reason: Gary dying, is that this pandemic has made it next to impossible for friends to get together and share stories and mourn together. To grieve together.

As teenagers, Gary’s house was always the staging ground for folks from Charlotte County to come together and be with one another and set differences aside. From the rednecks to the rock ’n rollers and everyone in between. Because of COVID, not only did it take him away from us, but we also can’t throw a huge party and celebration of his life together. A proper sending off. And be able to do it safely without the fear of someone else finding themselves in a similar situation as he did.

I know when all of this is over, we will. But the memories are so fresh right now, and yes, there are phone calls. There are zoom calls. There are emails and texts. There’s social media, which I’m not on, but I’m sure people are using to share stories. And I’m grateful those exist.

But I know for me, and I feel for others too, that just being able to be in one another’s presence to share memories would be so helpful right now. Right now, I feel alone. I’m sad. I’m mad. I’m getting jabbed by anxiety and uppercut by depression. I feel useless and helpless. I’m trying to address this in the healthiest way possible by running and watching birds flutter about and I’m struggling. And I know I’m not alone.

There are so many “Gary” stories to tell. Tiny slivers of memories, which catch you off guard while you’re peeing. Epic adventure memories involving wedding nuptials and impromptu donkey rides (thinking of Cal here). Childhood memories involving WCW action figurines and Baby Ruth candy bars in the shallow end of a pool. Holiday stories involving Jack Daniels and Santa Claus and ET and Gumby.

Despite the pandemic, I hope friends, who may not have seen or talked to one another in a decade or more, are telling those stories to one another right now. I’m sure they are. If you’re not yet, share one below. Get it out.

Gary is physically gone, but he is still here in every single one of us and he will be until the end of our days. There’s not a single person I know that doesn’t have a “Gary” story. And it may very well be one of the funniest memories residing in your brain matter.

Urinal. Photo by HelpStay.com on Unsplash

Yes, indeed. Many, many good times. Thank you for reading.

Crying and laughing at the same time!!

I did the same while writing it. Lots of good memories yanking emotions all around. I have to go back to that line from the Flaming Lips song, “Do You Realize,” which is “Do you realize happiness makes you cry?”

Jeff, I loved reading this. It brought tears which I’m choking back even now as I write this. I feel exactly the same way. I have been feeling so sad and lonely. So many of my specific stories and memories with Gary involve so many other people that I know are also suffering right now. It’s like we are going through this together but separately and alone. It feels so unnatural not to be able to be close to each other right now. Over the weekend I was in a frenzy and tore up my house trying to find every photo that I possibly could of Gary and any Charlotte County memory in general. I think I had a subconscious fear that the memories would fade away if I couldn’t physically hold the tangible evidence. It was like some kind of coping mechanism. But I have also found so much comfort in the memories. One night in particular that I reminisced about with Mary over the phone this weekend was, of course, a get together at Gary’s. Not a party but a small gathering of maybe 6 or 8. I can’t recall exactly who was there because my long term memory isn’t that great and……because White Russians. So many White Russians. We got a little rowdier than usual (again, White Russians) and we decided to form a band using things from the kitchen as instruments. I think I was the lead singer with a broom as a microphone, there was a pot and pan drum set played by someone (maybe Dwayne or Kelly?) and Gary repeatedly smashed a pizza pan against the kitchen counter as a cymbal. We blasted the music as loud as possible and played along for hours. Lenny Kravitz “American Woman” was our best performance if I recall correctly. Even though the night is hazy I have a crystal clear vision in my mind of Gary smashing that pan onto the counter with a White Russian in one hand and the goofiest grin on his face. He was having so much fun. The pan didn’t survive but it was such a great night. It’s the perfect example of how the silliest times can become such treasured memories when you are with the people that matter.
Jeff, you and Allison, your families, and all of my Charlotte County crew have been so much on my mind the past week. I miss you and love you all. I haven’t said that nearly often enough.

I’m glad you enjoyed it. Trying to transform some of these emotions into a more positive force. Pretty sure I danced with you that night, too. Poor you. Haha.

Cal texted me yesterday after seeing your comment here and started running down memory lane about that night. Apparently he was there and Jeremiah, too. He sent me a picture from Facebook. It had you, Kelly, and Jeremiah in it. Anyway, he said by the time y’all got to Boston’s “More Than a Feeling,” there was no more of Gary’s countertop left after destroying it with the cookie sheet. Also, like you said, no more cookie sheet either 🙂

I appreciate you reading this and leaving your own memory (I really enjoyed it) and have been thinking of you and so many others during this time.

Stay strong. We may feel alone but our memories are the bridge that connect us all and always will.

Best to you and your family. Be safe. This will all end one day.