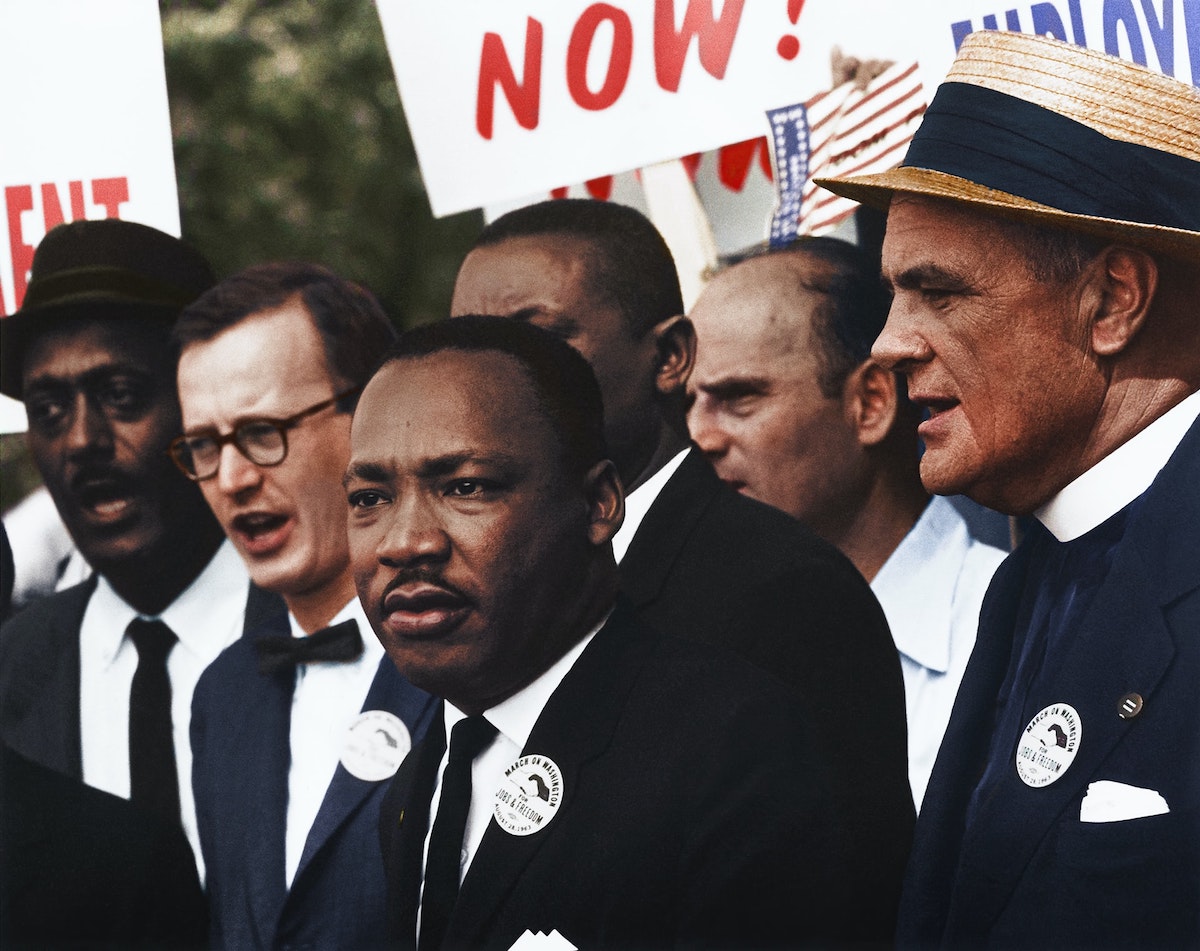 It could be said that Dr. Martin Luther King, Jr. was ahead of his time, pushing forth in an era that somehow still believed that the separation of races was somehow okay and even necessary. Of course, we know this is not true. My children can’t even comprehend how another person can view a different race as lesser than or not equal to their own.

“How could anyone think that?” they ask.

To those who took up the cause of civil rights in the 1950’s and 1960’s, it could be said that Martin Luther King, Jr. was not only ahead of his time, but right on time.

For those of us today, history may one day remember this version of America as behind the times, forgetting the philosophy of love and unity that leaders such as Martin Luther King, Jr. taught, and instead regressing back toward ignorance, complicit in our silence, and fumbling democracy to appease the delusional wishes of an authoritarian figure the likes of which America has never seen before.

In celebration of the upcoming holiday in his name, here are ten quotes from civil rights leader Martin Luther King, Jr. that apply today as much as they did more than sixty years ago

When we look at modern man, we have to face the fact that modern man suffers from a kind of poverty of the spirit, which stands in glaring contrast to his scientific and technological abundance; we’ve learned to fly the air like birds and swim the seas like fish, and yet, we haven’t learned to walk the Earth as brothers and sisters.

We will have to repent in this generation not merely for the vitriolic words and actions of the bad people, but for the appalling silence of the good people.

In spite of the fact that the law of revenge solves no social problems, men continue to follow its disastrous leading. History is cluttered with the wreckage of nations and individuals that pursued this self-defeating path.

We may have all come on different ships, but we’re in the same boat now.

Even if I knew the world would end tomorrow, I would still plant my apple tree today.

The time is always right to do what is right.

Photo by Unseen Histories on Unsplash